The worlds major civilizations developed along rivers, which have both united and divided human beings. I created an interactive map with a booklet showcasing the Nile medium and countries around it in a nutshell. I did some changes removing country borders only focusing on the Cultural aspects around the Nile. The book cover unfolds to tell the story of the Nile through the timeline, no borders map, and the QR scanning code that links you to the band that inspired this project to come to life. As planned it is targeted for tourists and play an interactive role to fit different age groups. 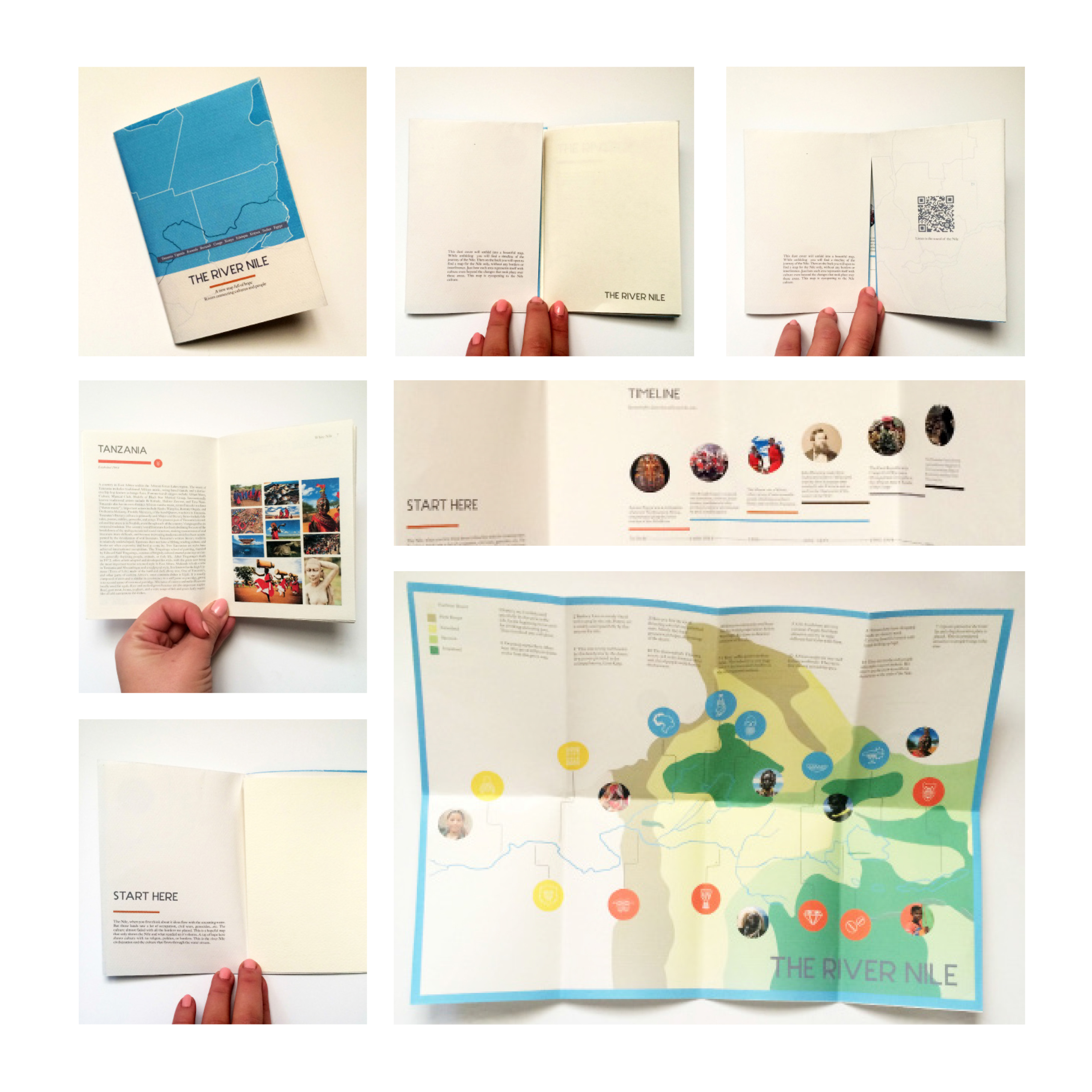